I was wondering about what Japanese themed RPG are out on the app store for the iPhone and if not, when will they be out.

Well, then I saw Vay (head over to Macworld).  But we're not here to talk about that.  I'l have a review this weekend or next week. 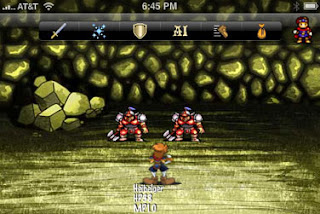 But Vay is it!  No more.  Now, I know Pokemon is Nintendo property but Sega, Konami, or anyone do not have anything to compete with Pikachu?

Heck, I'll settle for Cardcaptors or Digimons.  In a year, there will be 40 million iPhones worldwide.  In addition, there could be anywhere from twenty to thirty-five million iPod Touches.  For a combo of sixty to seventy-five million potential consumers, it looks right for these Japanese video game studios to jump into the pond.

And if these Apple devices are indeed more power than PSP and the DS and as powerful as the PS2, it's time to see Xbox and PS2 type games on the iPod.

Judging by the review for Vay, there definitely is a market for Square and more Sega RPG titles.
Posted by Paul at 2:33 PM