I'm in the market for a new Macbook.  Possibly a Macbook Pro.  I make it a point to check out the competition to see how the specs fair and like most mobile warriors, I check out the prices as well.

I've been taking a hard look at  the newly introduced HP DV3500t 13" LED with a dedicated GPU for $1100 (I added $100 because I would want the LED option) and Sony's Vaio SR series ($1200).  But are competing with the Macbooks and whatever upgrades Apple will be offering.

But these three looks to offer serious competition going forward.  All things being equal, it's a no brainer for me to pick the machine that runs OS X and, if needed, Windows.

However, HP has upped the game with a GPU that allows serious gaming.  Hope we'll see the Macbook follow up or come up with a major price drop. 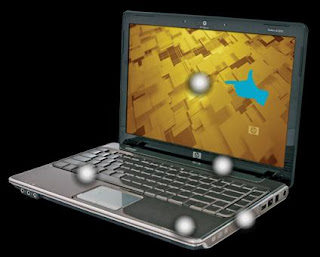 Look-wise, the dv2500t, well, it's a standard PC laptop.  The Macbook we're familiar with.  Sleek.  Well designed.  Looks great to work on.  The SR is one of the best looking laptops out there.  It has a click keyboard as the Macbook and the color is just amazing.  You can tell that Sony is going hard after the Mac crowd.  It's aimed at folks like me. 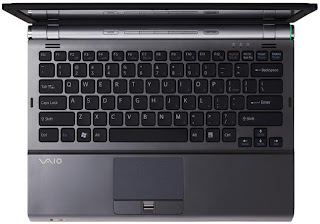 My only problem is if I were to get the dt3500i or the SR, I'll be spending the life of the machine gettig rid of the crapwares that inevitably come with Windows laptops.

I'll make my decision on about a month but HP and Sony sure are making a great push into Apple's Macbook comfort zone.  Sony's SR has only the X4500 IGP from Intel.  I'm hoping Apple will offer a dedicated graphics solution though.

Note:  I'll put up a comparison chart after Apple updates its Macbook so we can compare features more accurately with updated laptops.

So, if by some chance I decide against the Macbook and go with the SR or the dv3500t, I don't think I'll be disappointed.
Posted by Paul_onxo at 9:46 AM