More Blog Momentum For Macbooks To Use Nvidia Chips

Not evidence.  We said momentum.

As you know, there is going to be special Apple event next week to introduce new laptops.
We can be sure that Apple will try to keep up with competitors using Intel's latest Centrino 2 mobile chips.  Beyond, that, it's all rumors and guesses.

We are feel that's valid to talk about the potential use of Nvidia video cards in Macbooks to offer more powerful graphics and game play, something that many critics have felt Apple failed to address since Apple introduced the Macbooks using Intel chips.

So, this is a welcoming news to me as a potential customer who feels it's time to upgrade.  I have been unable to find information that we average users can use to help us decide what to get, I did find this old post from CNet that offers the breakdown of these Nvidia chips.


I'm almost certain the Pro line will gain the 9600 series while at least some of the Macbooks will use the 9300 chips.  Now, it's just a feeling but I think Apple will not give us the 9400M since it maybe be too close for comfort to the Pro line.

Now, I said some of the Macbooks will get Nvidia GPUs.  I think there will be a low end Macbook that will use Intel's X4500 to lower cost (not to mention saving-face for Intel).  I'm guessing the Macbook Air will also use Intel's chipset as well.

Here's something else that's likely to happen.  Apple may use LED across the board on all Macbooks and Macbook Pro.
For pricing, we've read anywhere from $800 to $999 to start at the low end.  The $800 entry point is possible.  But you're talking about 1GB (2GB is possible), LCD, and low-end CPU.  It just good enough to entice switchers.

Note:  I wonder about the Mac Mini as well.  Give me a Mac Mini with a discrete GPU and Apple can have my money.  But I doubt that'll happen.  If the Mac Mini does get an upgrade, it'll almost certainly use the X4500 IGP as well.
Another Note:  I try not to traffic in rumors but the Nvidia link is coming from multiple sources on the Web.  The rest of the analysis comes from being an Apple nut who's been watching Apple's behavior all these years.  With that said, no mystery product next Tuesday.  Apple talks things up to generate media attention.  No more.  But I love to be wrong.
Posted by Paul_onxo at 9:26 AM 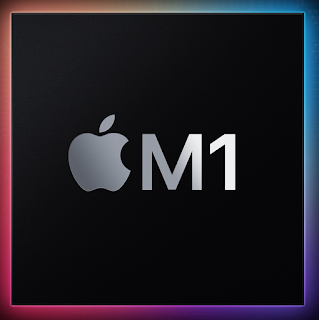