The Reality of an iPhone Nano

There is an iPhone Nano.  There's also an iPhone Flip, flip phone for the iPhone.  With that out of the way, let's talk about the reality of such a device, the iPhone Nano, Nano for short in this post

The iPhone 3G screen is just the right size, making the case easy to hold in your hand.  Now, with the Nano, we would naturally have to believe the screen is going to be quite a bit smaller.  The iPhone sports a 3.5" Multi-touch LCD screen.

Many other devices on the market with some sort of touch technology vary in screen size but one will never identify them as being small due to bulk and thickness.  Not to mention weight.  But coming from Apple, mobile users would have to consider a smaller screen, about 2.8" and just as think as the iPod Touch.

First the screen.  Why 2.8"?  I did a basic search into Verizon's touch screen offerings from LG,  HTC, and Samsung.  They fall between 2.8" to 3.2".  The T-Mobile G1 also has a 3.2" screen.  And dispite smaller screens, most of these phones have comparable body sizes to the iPhone 3G.  Given the attention Apple is expected to give to the Nano, we're likely to see a smaller and more elegant body if they decide on using 2.8" screens.  I almost want to say the Nano would be a smaller version of the iPhone.  I can't sure with any certainty because we're just making educated guesses here but I don't think we're too far off.

Could Apple possibly use a smaller screen?  I'm sure they can but given their aversion to buttons, I don't think it makes sense to have too small a screen for typing, given critics more to complain about.  However, I can't say with any great certainty but Apple may one day come out with an iPhone that has a physical keyboard like the Blackberries if they really want to push deeper into the enterprise market.  The touch will get them only so far.  A smaller screen with physical QWERTY keyboard is possible but not likely going to happen.

Here's another argument against screens smaller than 2.8".  Watching videos.  The iPod Classic has a 2.5" screen.  It is just good enough.  But try watching on the iPod Nanos.  When the action moves too fast, you can easily get motion sickness.

iPhone Nano Body.  As I've mentioned above, if Apple uses a 2.8" screen, you can bet that Apple is going to make sure it's also thinner than the iPhone 3G.  It makes sense.  Go down to Best Buy or, if you're lucky enough to be close to an Apple store and check out how thin the iPod nano is.  Thin as heck.  I'm more certain about the 2.8" LCD screen size for the Nano than I am about the thinness but it sort of make sense.  "Nano".

Apple will likely shave an ounce off the Nano.  If at all possible, under 0.4" thickness.  That's what I'm hoping for.  Keep in mind that iPod Touch is 0.33" thick.  I've allowed for more thickness in the Nano for added battery and other wireless chips.

The Nano will definitely be shorter length and width.  I'm going to go get into how much.  Apple will still have to fit in the 3G chip.

Oh, and of course, it'll run iPhone OS along with all the apps in the App Store.  It has too.  Can you imagine the number of pissed off users and developers if the apps do not work properly?
Posted by Paul_onxo at 9:19 AM 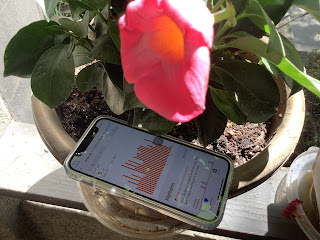