We learn that Sprint will stop work on WiMax devices and focus only on LTE going foward.

What about Apple?  We know what the first LTE device from Apple is.  It’s the just released 2012 iPad with the “resolutionary” Retina Display.  So, we have an idea what Apple’s thinking is. 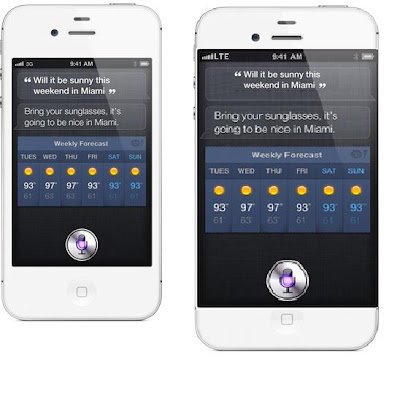 First, the Retina Display along with the LTE chip is very power hungry.  It just so happens that Apple managed to fit a vastly bigger battery into the 2012 iPad and that only managed to keep the battery life on par with the previous generation iPads.  I’ve used mine for a couple of weeks now and I find it on par.

Second, the new iPad is a tiny bit thicker and heaver, which goes contrary to what Apple has been doing over the last few years by trying to shrink the weight and thickness of its iOS devices and Macbooks.  While it isn’t noticeable, it shows that Apple under Tim Cook is more pragmatic about design until technology allows for Apple to continue its strides to make its devices lighter and thinner.

Third, by incorporating LTE now, Apple has demonstrated market awareness and sought to continue its dominance in the tablet market.  It could have easily forgone LTE connectivity for the sake of design but it knows that it has to get with the time as it were.  Apple engineers may have performed a small miracle when they managed to cramp all that tech and battery into 2012 iPad.  Innovation has not died under Tim or will it.

So, where does that leave the 2012 iPhone?  Assuming Apple applies the same parameters in developing the new iPad, we could well be looking at an iPhone with LTE later this year.  By then, the efficiency of LTE chips from Qualcomm could have improved and give Apple a bit more breathing room on battery life.  Furthermore, Apple may continue to shrink “the brain” of the iPhone to fit in more battery life.

What we don’t know is if Apple will add a larger body to the iPhone.  I know readers will immediately jump to the conclusion that Apple will then ship a larger display for the new iPhone.  Right so but that much isn’t guaranteed at this time.  No one knows if that will happen.  I repeat:  no one, particular click-baiting DigiTimes, knows what kind of display the next iPhone will have.

For speculation sake, let’s suppose that happens and the iPhone gets a bigger display ranging from 3.6” to 4”.  It like means a larger volume to put extra battery in for the designers and engineers.  Also, it means more room for a better camera.  Perhaps, I am asking for too much.  This will be the third year of Retina Display being used on the iPhone.  It is possible that Apple could use a more efficient display for the iPhone to help offset any power drain by its wireless chip.

And from a marketing perspective, Apple has to get an LTE iPhone out on the market in 2012.  It would be a huge draw in the America market and it means one less weapon competitors can hammer the iPhone over.

When the original iPhone was released in June of 2007, it was a revolutionary device like no others.  Still critics found something to complain about which was that it only allowed for 2G access.  But a year later, Apple released the iPhone 3G without sacrificing the battery life. With LTE phones on the market for about a year now, and about 18 months by the time Apple is due to release the next iPhone, Apple should have ample time to figure out how to make LTE work on the iPhone without us working about find a power plug.
Posted by Paul at 11:15 AM