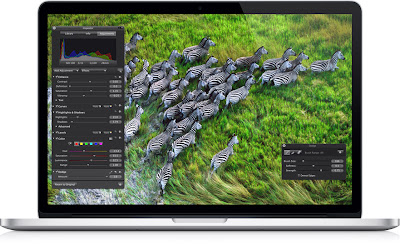 Has supply and demand getting closer to equalizing or something more ominous ahead for Apple?  I started on this post over the weekend and there has been some new developments.

So, which is it?  Well, Apple reported earnings and, well, things are good but not "Wall Street good".  First, Apple did beat its own estimates.  Second, Mac sales did increase 2% from a year ago.  Together, that's great.

And on top of that, Apple only refreshed the Macbook line after the last financial quarter ended.  I reckon that the coming quarter could be huge.  And in the Christmas quarter, it'll be even bigger.

However, we cannot dismiss the fact that Retina Display Macbook Pro requires only a 1-2 weeks wait now.  China's economic engine is slowing while Europe is a mess.  Meanwhile, the US economy is barely hanging in there. 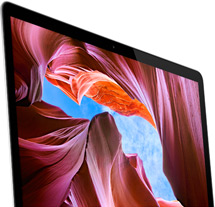 My guess is that the above as well as the higher price of the Retina Display Macbook Pro that is kinda dampening enthusiasm for the revolutionary new computer.  After all, what is there not to like about it?

Aside from the Retina Display, Apple managed to fit a powerful CPU, GPU, SSD, and huge battery into 0.71" unibody and weighing less than 4.5 lbs.  It's crazy!  No one else comes even close.

We'll have to see where this is headed as far as Mac sales goes.  We are in the middle of the back-to-school season so the refreshed Macbook line could help quite a bit.  And in the just ended quarter, Apple told a very telling tale:  one million iPads were sold directly into the education system while Macs account for half that. Keep in mind that if an user wants retina displayed device, they have the option of the new iPad that sports its own Retina display, which can be had for as low as $500.

So, pricing and global economic concerns might have dampened demand for the new Retina Display Macbook Pro.  However, as a mobile fan (who is waiting for the Retina Display to come to the 11" Macbook Air in 2013, I applaud Apple's drive to innovate and push the bounds of mobile tech.
Posted by Paul_onxo at 9:45 PM