Microsoft's Edge, Google's Chrome, and Firefox are the go-to browsers for most laptop and desktop users. Perhaps, Apple should really get back into the browser market if we are to really believe that Apple cares about user privacy and not just that of users behind its various highly protected and curated gardens. And with web technology evolving and getting better all the time, web apps could make a comeback and Apple has to make sure it does not get left behind and release Safari again for Windows and even Linux. And releasing browsers for Windows and Linux with greater privacy protection and features could help Apple increase its service revenues as well as help protect users on the increasingly complicated Internet.

Also, consider Apple possibly leaving billions on the table in the search and ads market, could Apple afford to do nothing and let others make all the money in the browser business? Right, the argument would be that Apple is being paid tens of billions by Google to be the default search engine and that it would be risky for Apple to walk away from that money.

Apple can still earn billions from Google while still getting into back into the browser market on Linux and Windows. It is the best way for Apple to expand privacy protection for users and increase its services revenue. And release browsers on competing platforms would be the best way to go about it. Would it lose money since Apple make most of its money from hardware sales and a growing service portfolio as a result of this move?

It is unlikely. Apple users will buy Macs, iOS devices, and watches (maybe even AR hardware) regardless provided it continues to produce top end devices and provide reasons for new users to hop on to its platform. That will take care of itself. And its executive team and analysts will find a safe path for Apple continues to grow its hardware and higher margin services including ad sales. After all, if Apple do release  Safari on other platforms again, as long it is growing the service revenue pie, Apple is not going to worry about where the growth is coming from. Furthermore, I think Apple has forgotten the halo effect its products have had on non-Apple users.

If Apple does get into browser business again to grow its services business,  it is likely years away. The main reason is that Apple browser is pretty good but would have to come with its own search service. Right now, Apple search is bad and not getting better.  It is inconsistent and it does not provide adequate results. Apple need to really double and triple down on its search and AI efforts. Supposed it happens, Apple will have an opportunity to get back into the open Internet where is is largely absent.

When the time comes, Do not expect to call it Apple Search. It would be too boring. Call it Siri or Spotlight would make sense. 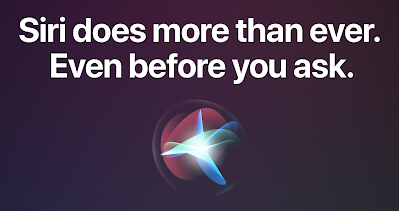 Whatever Apple call its search service, do not expect a simple search prompt on a mostly empty page like Google or DuckDuckGo. I have no idea how Apple will implement its search engine. It will be a vastly different take. This is why I think Apple will not implement it until it can really get it right. It would have to be an intelligent search service with a vastly improved Siri playing a big role. If done correctly, even if Apple choose not to show ads directly to users, it would be a showcase of its technology and privacy protection.
Would you be excited about using Apple's Safari on Windows or Linux along with Siri and better privacy?
Posted by Paul_onxo at 10:47 PM