Saving iPhone Mini: It Would Be A Mistake For Apple To Get Rid Of It So It Probably Will Not

I love my iPhone 12 mini even though I have always had a top line iPhone (except for when I use my 2016 iPhone SE as a main driver and the Pro on certain occasions). So when I went with the mini this year, I knew I could not go back. It was a bit bigger than I hope for with a 5.4" screen but I'll take it. Given the news that the mini had not being selling as well as Apple had hoped, the rumors out there suggest iPhone 13 mini would be the last mini barring a miraculous jump in sale. I think it would be a mistake for Apple to get rid of the mini. 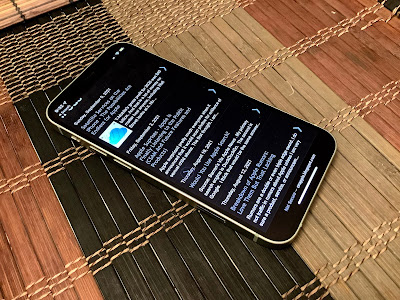 The rumors likely have it all wrong. Apple will not be getting rid of the mini but likely will change its strategy in marketing and selling the mini. There are options Apple have to make the mini more popular with the mainstream mobile users. It all depends on how Apple's mobile business model evolves or stays the same in the years to come. Will Apple be looking to sell high end models to keep its average selling prices up or will it be find with iPhone users upgrading to the lower end or middle of the road iPhones who also spend money on apps and Apple's growing portfolio of high margin services and digital offerings.

Here are some thoughts on making the mini better and stick around longer for those like smaller form factors and how I think Apple will like keep the mini around.

I think it would be a huge hit. I'll probably be a life-long adopter of an iPhone with a 5" screen provide it has decent battery life. It would be perfect for those on the go who do not want a brick in their pocket, the world out crowd, and folks who likes to use their iPhones with just one hand.

This is not what Apple will likely do but this is a wishful thinking on my part and I want to get it out of the way first. If there is ever a 5" iPhone mini or SE, you only have to look to the current iPhone SE to see how it will perform in the real world.

With the screen size as low as 5.4" (I'm hoping for 5") all the way up to 6.7", Apple would continue to have every segment of the mobile market covered and prices starting at $399 and up. With the mini around, it gives Apple much more appeal to cost conscious buyers and fans of smaller form factor. 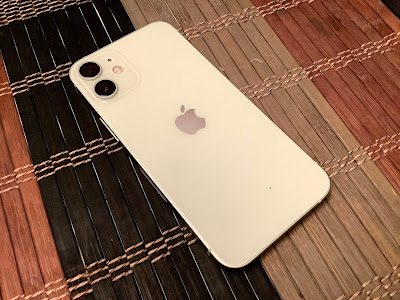 Expect some sacrifices though. The iPhone SE has only a low end camera that has been around for years. iPhone mini as an SE would be no different. We might still see the same camera design as the current iPhone 12 but I think Apple is going to do SE fans any favors with telephoto lens or much more upgraded camera feature. I can see Apple still to a single camera design that has a wide-angle feature to keep costs down.
Another sacrifice to expect with a mini as an SE is the battery life. I do not expect it to be worse than the current mini but I do not see Apple increasing the battery life in any measurable sense.  The current SE and mini comes in at 13 hours and 15 hours of streaming respectively. It is not that big of a difference in terms of real world use between the two models. So expect about the same battery life for future iPhone SE/mini. What I care about is real world use and I can tell you the mini is fine as a mobile device of a vast majority of users for day-to-day uses.
So, we will know in a day or two what Apple has planned for the iPhone 13 mini. And next year, we will know what Apple has planned for the SE. No matter what the rumors are saying about mini's demise or disappointing sales, Apple is not going to simply make it go away. The mini has a future in the iPhone lineup regardless of what you call it, mini or SE.
Posted by Paul_onxo at 10:20 PM