Apple Silicon’s M2 Chip Is Coming. Which MacBooks and iPads Will Get It and When

When iPhone 13 was released, it seemed to everyone that the M2 chip for the Mac would be coming out soon. So far, speculations about that has continued to ramp up on nearly a daily basis. And based on the latest update from the Internet, this is where we are at with the M2 chip and it raises a lot of fun questions.

So, I’m going to sum up what I am reading right now. Let’s go through it together.

The M2 will not debut until the second half of 2022 with newly redesigned MacBooks, that may or may be called “Macbook Air”. As a long time Mac user, I do not mind the MacBook Air if the name fits the size and use. But that’s another chat entirely. 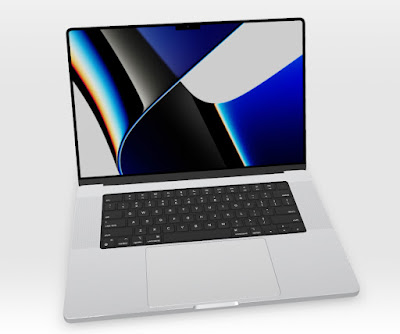 Typically, second half means two things: Apple can introduce the M2 at its annual World Wide Developer Conference in June or at a separate event in October after Apple unveils the iPhone 14 in September. We just hit April so we will likely see more information leaked or speculated about the M2 specs itself like it’ll be based on TSMC’s new 5nm process, the number of cores (could stay the same), and how much faster the graphic cores will get (which is important as Apple no longer offers discrete GPU on the Macs).

When the M1 came out November of 2020, Apple put them on the 13” MacBook Pro and MacBook Air and released newly designed14” and 16” MacBook Pro in October last year (2021), with the M1 Pro and M1 Max. We have to ask if Apple will follow this pattern of release. And it’s no pattern because we have only one generation of Apple Silicon.

If so, then we should see both the Macbook and MacBook Pro get the M2 while the rest of the Pro line getting the M2 Pro and Max a year later. And perhaps, the M3 to be released around 12 months after the M2, which should be a huge upgrade. Now, we are assuming that there will be a 13” MacBook Pro this year. I’m not so sure about that. I’m going to speculate that the 13” MacBook Pro will become just a regular 13” Macbook, the redesigned MacBook Air that everyone is talking about. And Apple will top that off with a 15” Macbook.

As for the iPad, this is the most interesting part. The iPad Pro with M1 was announced on April 20, 2021, about six months after Apple released the M1 Macs. It stands to reason that we should see the M2 iPad Pro six months after the M2 Macbook release.

Well, I am going to hold off on place such a bet until after this year’s WWDC and Apple unveils the next version of iPadOS. As it is now, I am not sure iPadOS 15 and iPad Pro with M1 really benefits greatly from having such a powerful chip. If  the next iPadOS has more Mac-like features, it would make the case for M2 iPad Pro.

Keep in mind, we are sill in the thrall of a pandemic and the potential world ending and illegal invasion of Ukraine by Putin. So, it will be difficult to pin down where things stand for Apple or any other companies for that matter.

Still, we can except exciting things when Apple releases the next Mac and iPad updates. MacBooks with M2 this fall and depending on iPadOS, iPad Pro with M2 six months later.  It is also likely that Apple will keep the M1 chip around for Mac, an entry level with a lower price point, both to recoup its R&D sources spend and make the Mac accessible to a greater computing audience.