Time For Mac to Give Back To the iPhone and iPad

We have seen quite a number of iOS and iPadOS features that have migrated over to the Mac. Perhaps, it is time that the Mac give a little back. After all, if not the for Halo effect of the iPod and, later, the iPhone and iPad, perhaps the Mac might not be as successful as it is today. 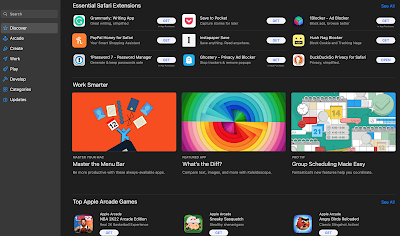 And of course, this next revolution function that people today are taking for granted: multi-touch. It first appeared on the iPhone in 2007. And now, it is common place on the trackpad for the MacBooks and Magic Trackpad. 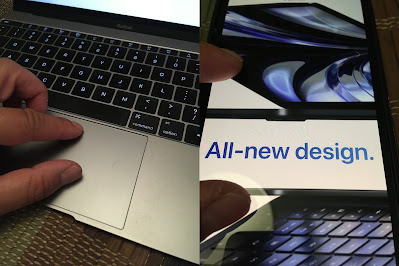 I am sure if we dig back, we can find a dozen or so more - Books, messaging, sharing, Siri, etc. Perhaps it is time that the iPhone and iPad gain some of the Mac.

One of the first features I want to have on the iPhone is the studio quality microphones that Apple put on the MacBooks. I've never had a chance to do my own recording and listen to it. I don't have one of the new MacBook Pro and trying it out at the Apple store just is not practical. The best I can do is listen to samples on Youtube. Honestly, it does sound better than the regular microphones on the iPhones and iPads. Professional podcasters and producers will still want use their own dedicated studio microphones but I think for on the go recording and for videos, it would be a welcoming addition. For the iPhone 13, Apple featured the new cinematic mode that allows iPhone 13 users to shoot video that looks like those in the movies.

We have seen demos of this feature, some are professionally done. And what I noticed that the sound should have been a lot better. Perhaps this is where Apple can give the iPhone studio class microphones, focusing on sound as it continues to improve both video/photo qualities.

Another feature I think the Mac should share with the iPhone and iPad improved battery life. As Apple improve efficiency of its own chips, the battery life should start to go beyond the 10-hour limitation that has been around since the original iPad. To be fair, I think for daily uses, the iPad, particularly the bigger ones, has gone beyond the 10 hour mark with some tests going as high as 13:42 hours for the new iPad Air (Tom's Guide). However, the rest of the iPad lineup come in just a bit over the promised 10 hours. I like to see Apple improve that by 10-15% per upgrade cycle until it reaches parity with the MacBooks. Honestly, it is not a big ask as Apple is placing the iPad Pro as a productivity machine. A pro tablet with a pro battery life. The 18-hours you can get on the MacBook is nothing short of astonishing. And we already have great battery life on the iPhone Pro and Pro Max.

The next one is something that I think some Mac users with iPads would like to see the the ability of the iPad to run Mac apps. The iPad Pro and iPad Air already have the same M1 chips inside the MacBooks, Studio, and Mini. What is keeping the iPad from running Mac apps? Perhaps not with iOS 16 but with a future iPadOS, Apple can bring together an environment in which Mac apps can also run on the iPad as well as it does on the Mac. Developers can already code for the iPad and Mac at the same time. Perhaps it is the developers who should make sure their Mac apps run on the iPad.

I believe that while Stage Manager in iOS 16 and on the Mac, it is Apple attempt at doing just this. It could take another round of iPadOS and MacOS updates but I do believe that Mac apps will eventually run on the iPad. And yeah, the iPad will get the M2 (and M3 and every subsequent Apple silicon).

And finally, speaking of Apple silicon, would it not be wonderful if Apple upgrade the iPhone Pro Max with the M2 and, later, M3 chips. It makes sense that Apple would make sure the flagship iPhone is the most powerful mobile computing device. Consider this, with an iPhone Pro Max with M-series chip inside that is hooked up to a monitor or HDTV via Airplay, it can go into the Stage Manager mode and instantly becoming a desktop computing device.

What other Mac features or hardwares would you like Apple to bring over to the iPhone and iPad?