We will not be like Dick Tracy and do video calls on the Apple Watch any time soon if ever and I’m fine with to given privacy issues - I don’t want or need a camera on my watch. But I would like to be able it watch old Dick Tracy cartoons and the one movie starring Warren Beatty on my Apple Watch. It’s going to happen. And I think it will happen soon.

Why? Have you seen the screen size of Apple Watch these days? As a proud owner of 44 mm (1.73”) Series 6, the screen is plenty big for my aging eyes  once in a while, some video will play on my watch  it’s small but watchable  in a pinch if you happen to be waiting in line and have a minutes to kill.

Short form videos would be an excellent example of why we should be allowed to watch videos on the watch. 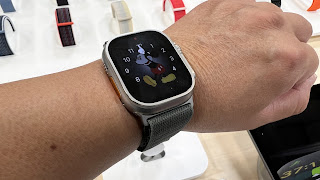 Folks are are fortunate enough to have the Apple Watch Ultra on their wrists have unanimously noted how big and bright the screen in at 49 mm (1.93”) and a few have even suggested that they would love to watch videos on their Ultra. 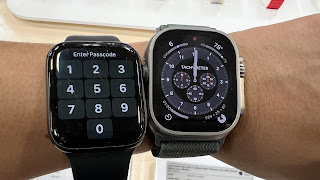 There are already ways to watch video on the Apple Watch but it would be great if Apple brings more support to WatchOS. So far, I've only found on one app that lets me watch video. Here is a sample with a Youtube video playing on my watch.

Here are some interesting notes from watching the video on the Apple Watch:
Only Apple knows if it will bring video watch to the Apple Watch. And if Apple has that on the roadmap, only Apple know when it will make it happen. Meanwhile, there are a lot of folks who are interested in this feature, even now with the current tech in the Apple Watch.
I have a lot of videos on my Apple TV and iTunes account. I would love to be able to download them and have them readily available to watch or just to listen to the audio in the background. More and more, I am leaving my iPhone at home because my watch is more than enough to allow me to stay in touch with messages, emails, and calls.
Would be nice to have a few of my videos along with me if I happen to be bored somewhere and having a video to watch would sure help pass the time.